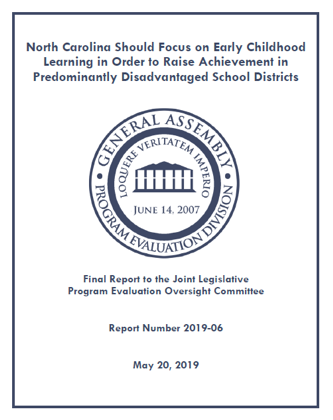 In May, the Program Evaluation Division[1] (PED) within the North Carolina General Assembly released a new report, “North Carolina Should Focus on Early Childhood Learning in Order to Raise Achievement in Predominantly Disadvantaged School Districts.”[2]

PED was right – addressing the achievement gap requires much more attention to a child’s earliest years. While Pre-K expansion was recommended, research points to the birth to age 3 period of a child’s life as the time when the largest impact on a child’s development is possible. This period of early childhood must also be taken into account as we plan for the future for all NC families.

PED was charged with reviewing school districts nationwide with high poverty rates and at least average achievement by students to see if there were common strategies that could be used within North Carolina school districts. The project addressed three research questions,[3]

What PED found was that within economically disadvantaged school districts where students are performing well (at grade level or above), third grade is an important marker. Student growth occurs after 3rd grade but that efforts to address student competencies before grade 3 are most important in reducing the achievement gap.[6]

PED conducted interviews within 12 economically disadvantaged school districts (comparable to school districts within North Carolina) with grade level (or above) student performance to see if there were any common strategies that led to higher student outcomes. One of the factors that the 12 school districts had in common was a significant investment in public pre-kindergarten (pre-K).  Pre-K in two of the school districts (Durant Independent School District in Oklahoma and Steubenville City Schools in Ohio) target both three- and four-year-old children for enrollment. Four of the five North Carolina counties in which case study districts were located had 75% or more of eligible children participating in NC Pre-K.

However, PED notes that current funding enables only 47% of low-income eligible children statewide to participate in NC Pre-K.[7]

Recommendation #1.  The General Assembly should require low-performing school districts to include an early childhood improvement plan as a component of their required plans for improvement.[8]  PED calls for the development of specific strategies aimed at boosting achievement from pre-K to 3rd grade and lists expanding pre-K, improving pre-K quality, ensuring alignment of pre-K curricula with elementary school curricula, developing transition plans, providing professional development that focuses on early learning and providing instructional coaching focused on pre-kK through 3rd grade.

Recommendation #2. The General Assembly should require an assessment of early childhood learning as part of the Department of Public Instruction’s comprehensive needs assessment process for districts.[9]

While those of us who have worked in the early childhood education field are glad to see the recommendations related to pre-K, and agree the NC Pre-K program should be fully-funded so all eligible children have an opportunity to participate, children are not born at age four.

Research shows that pre-K makes a difference in a child’s school readiness, particularly for low-income children. However, that same research also notes that a child’s gains in pre-K are directly related to his or her prior experiences before pre-K.[10]

Neuroscience research shows that a child’s earliest years, from birth to age three, play a critical role in the development of brain wiring that lays a foundation for all future learning.[11]  In the first years of life, more than one million neural connections are formed every second.[12]

This wiring frames the architecture upon which all future abilities are built. While people learn throughout their lives, a child’s earliest years are critical because they set the foundation. Genes and experiences help shape a young child’s brain development,[13] which begin long before a child enters pre-K.  And, remediation strategies are much more difficult as children (and adults) age.

According to the U.S. Census Bureau’s latest data, throughout North Carolina:

Young children with working mothers are in child care every week for about 36 hours according to the Census Bureau.[16]  Most of these children are not age four; they are not in pre-K. This is why any directive to the General Assembly to address the achievement gap, which rightly calls for addressing the early childhood landscape, has to not only focus on access to pre-K but also must focus on access to high-quality child care and the early childhood workforce that cares for our youngest children.

Child Care Services Association works locally with Think Babies™ NC and the leadership team as well as with national organizations on the importance of the prenatal to three years through. The Pritzker Children’s Initiative is dedicated to building a promising future for our country by focusing investment and support nationally in children at the earliest stages of life, particularly from birth to age three. Zero to Three and Child Trends just released the State of Babies Yearbook. North Carolina’s profile can be found here.

We applaud PED’s call for low performing school districts to include an early childhood improvement plan and an assessment of early learning opportunities as part of district comprehensive needs assessments. However, early learning is not limited to pre-K settings. High-quality child care programs are important early learning settings at all ages. Any needs assessment and early childhood improvement plans that are derived from such a landscape review must include our youngest children. Child development, school readiness and reducing the achievement gap depend on it. 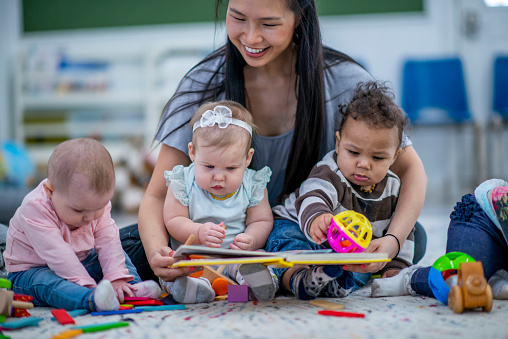 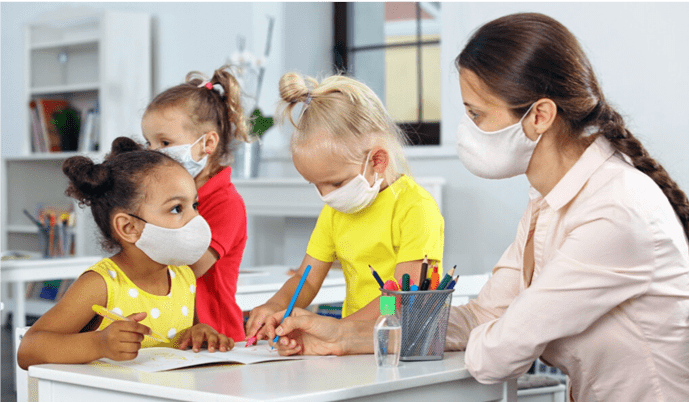 WAGE$ Supplements are Vital for Early Childhood Educators, Pandemic or Not 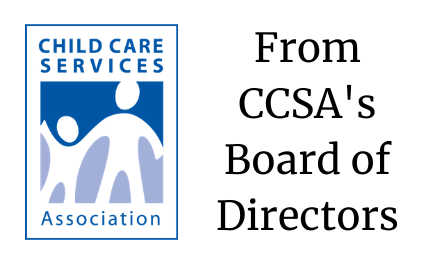 CCSA Board Statement to our N.C. Senators and Representatives