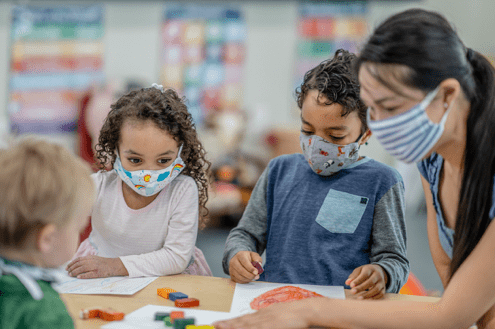 In September 2014, Seattle made history by passing a minimum wage increase that would require all employers to pay their workers $15.00 per hour or greater by 2021. Because Seattle was the first city in the country to pass such a large increase, extensive research has looked into its implementation and its impacts on the local economy.

Though many businesses opposed the wage increase and said they would be leaving Seattle, this was proved to be largely untrue. There were some mixed experiences with the wage increase. For the most part, however, workers who were employed before the wage increase continued on in their current roles and benefitted either in the form of increased pay or receiving the same wage without working as many hours, even if their hours were cut.

A study of child care providers found that about half of child care businesses in Seattle were impacted by the wage increase. Many providers accommodated the new wage requirement through changes in business structure by increasing tuition or reducing employee hours. Tuition increases can pose big problems for families. Quality child care already costs more than many state universities. One way Seattle has responded to this is through increasing the amount offered to parents through their Child Care Assistance Program. More action is needed to support providers and families, especially low- and middle-income families.

Did you know that since 2012, several states and cities including California, Massachusetts, New York and the District of Columbia have voted to gradually raise their minimum wage to $15.00 an hour?

What are the challenges to having a $15.00 minimum wage?

Will programs look at changing staff to child ratio? What happens to quality?

Are there other sources of funding?

The state of Maryland recently passed legislation that will increase the state minimum wage to $15.00 per hour by 2025. Although there is a lot of time before the state will get to this level, evidence from previous wage increases in Maryland, and steps the state is taking to increase support systems, show promise for the child care field.

A coalition of child care providers in Maryland have proposed a solution through raising government child care subsidies and tax credits to the point that families would spend no more than 7-10% of their income on child care. Recently, Maryland has significantly expanded the income threshold for families who receive subsidies, or child care scholarships, which is a sign of progress in this direction.

Last February, Governor J.B. Pritzker signed a bill that sets Illinois’s minimum wage on a path to reach $15 per hour by 2025. Massachusetts, New Jersey and New York are also planning increases in the years ahead.

With a final vote at its January 25, 2021, meeting, the Durham County Board of Commissioners (NC) fulfilled a longtime priority of Durham Public Schools (DPS) leaders by fully funding a minimum wage of $15.00 an hour for DPS employees. This increase will support the hourly wages of custodians and other essential workers with DPS in Durham, North Carolina.

There are articles that suggest that a higher minimum wage helps low-income workers and families. A higher state minimum wage appears to increase income and reduce inequality. This suggests that even if there are minor employment effects of a higher minimum wage, they are more than offset by the positive consequences experienced by low-wage workers.

The T.E.A.C.H. Early Childhood® National Center (National Center), a division of Child Care Services Association and the National Workforce Registry Alliance (Alliance) work with states across the country. The National Center provides leadership in the early childhood education field to states across the country and to our nation’s policymakers on the critical importance and value of an educated, well-paid and stable early childhood workforce to ensure the long term success of our nation’s children in school and in life. The Alliance provides registries across the country with resources on data related support on the workforce, standards of quality for workforce data systems and a strong national voice driving relevant policies and initiatives.

Below, a chart from the Alliance 2019 Workforce Dataset Report: Early Childhood and School-Age Workforce Characteristics, highlights the median hourly wage, by role. The low compensation of professionals in the early childhood field has long been noted as one of the factors that has interfered with the recruitment and retention of talented professionals.

Brain research makes it clear that early experiences are critical for successful brain development, and making sure these quality early experiences are possible is far more effective than trying to address problems at a later age. It takes a qualified, educated, stable and effective teacher to provide the types of experiences that are needed to build trust and promote learning. And yet, wages for U.S. child care workers have truly not kept pace with inflation for the last 20 years and hover above the federal poverty line (Whitebook, Phillips, & Howes, 2014).

With this essential work, it seems clear that teachers should earn fair and competitive wages, but we know that is not the case. The low pay early educators receive, and especially infant-toddler teachers, is well-documented. The next chart highlights the pay disparity seen when lead teachers have a Bachelor Degree and serve different age groups in center based care.

In 2019, MIT estimated a living wage (before taxes), for a family of four, to be $16.54 per hour but “a single-mother with two children earning the federal minimum wage of $7.25 per hour needs to work 138 hours per week, nearly the equivalent of working 24 hours per day for six days, to earn a living wage.” The move to pay essential workers at least $15.00 an hour has become not only a priority in cities scattered across the country, but also nationally. The Biden Administration wants to raise the national minimum wage from $7.25 an hour to $15.00 an hour. It won’t happen overnight, but in the next few years. The result would be higher wages. And, there is research that supports a minimum wage increase that reduces the racial wage gap. Which is important to consider because racial dynamics factor into child care provider wages, too (CSCCE, 2019).

We need to look at strategies to bring more revenue into child care settings to pay the workforce what it deserves without compromising ratios or asking families to pay more than they can afford. Many states and the federal government have child and dependent care tax credits. These need to be increased and indexed to the real cost of child care. High quality child care is a true public and economic good with a real return on investment. If we want the quality to remain high and we want educated teachers who earn a fair wage, let’s look at all possible tax credits as part of the solution.

There is no clear-cut predictable result of a minimum wage increase on the economy at large, or on the child care system. However, the moral imperative to increase child care providers’ compensation should guide us to advocate for minimum wage increases while simultaneously creating robust support systems to accompany wage raises so the costs don’t fall to parents. This is worth repeating. Any proposal to increase minimum wage should be coupled with policy and budget changes to make it possible for child care programs to pay their staff better without putting the burden on parents.

What are the challenges to having a $15.00 minimum wage?

What is the impact on our early childhood community?

Do you have suggestions?

Let us know your thoughts at minimumwage@childcareservices.org.

A Deep Impact on Children and Families: CCSA’s 2022 Annual Report