Love a Preschool Teacher: She Really CAN Do It All 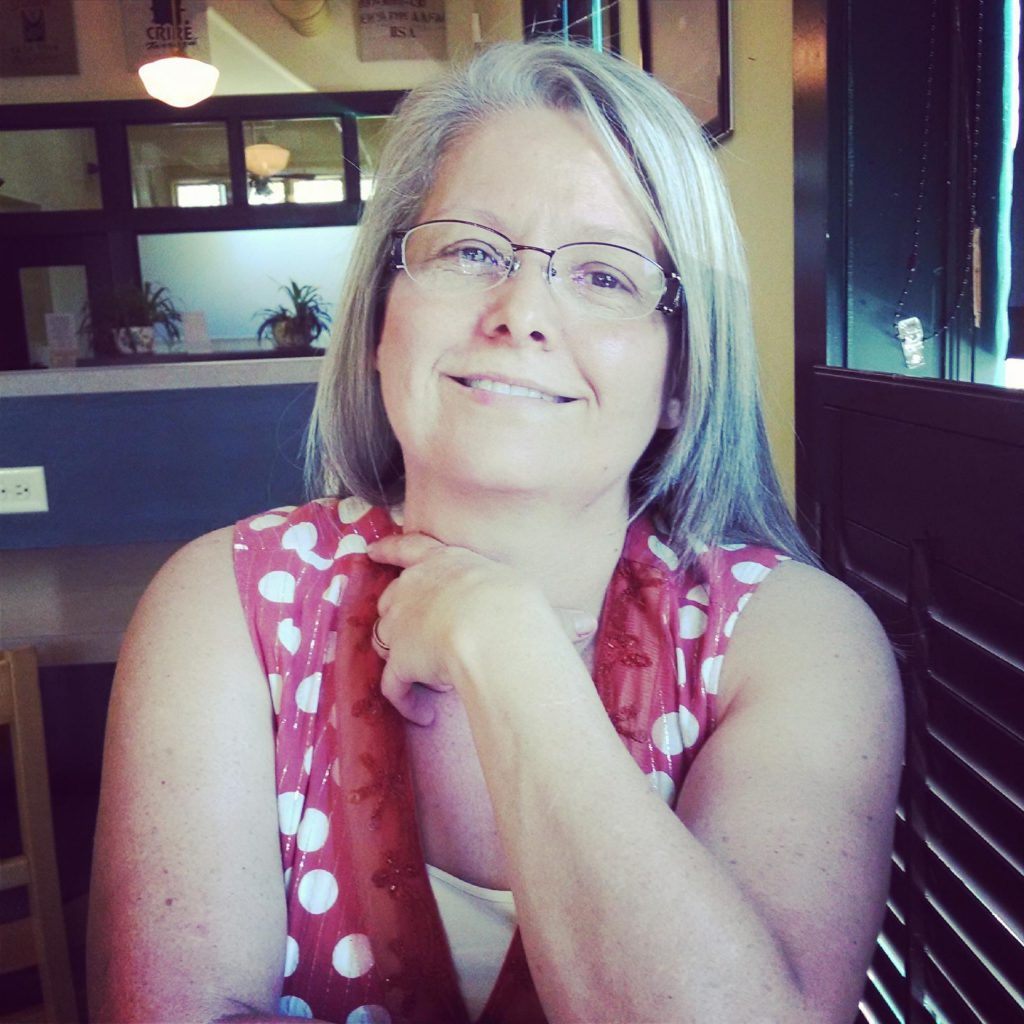 Tracy Pace’s favorite part of being an early childhood educator is “being there, being able to be an advocate for [children’s] success and being willing to listen and try to help parents reach out, find the resources [they need] and gain new skills.”

Tracy wears many hats in her role as a lead teacher at Nanna’s & Momma’s Child Care Center in Pisgah Forest, North Carolina. “And my title kind of switches from day-to-day,” Tracy said. “It depends. I’m a very flexible person, but the majority of my time is used either as teaching in a classroom or in the office as an executive assistant.”

After high school, Tracy said, “I decided to get married instead of go to school…my husband and I were married for 5 years and our first child came along…We didn’t want them to do the same thing we’ve done. We wanted [them] to try to be smarter than that. So, we both had enrolled in school…Our second child came along and I just piddled here and there and did a class. So, it took me 26 years to get my associate’s degree and I’ve just done that this July [2019]” from Blue Ridge Community College.

Tracy’s educational journey may be filled with twists and turns, yet her commitment to education and early childhood education has remained consistent throughout her 30-plus years in the field. While working toward her degree, she was still supporting her family of four children as well.

After graduating, Tracy enrolled in Brevard College. It was through her persistence and encouragement that they began offering a birth-to-kindergarten program and an education program for students to receive teaching licenses. She continued to pave her own path, and as she told Brevard, “I’d love to [enroll with] the T.E.A.C.H. Scholarship.” At the time, Brevard was not participating with CCSA’s T.E.A.C.H. Early Childhood® Scholarship Program, but Tracy’s determination led them to offer the scholarship. “So, in 10 classes, I’ll have my Bachelor’s degree,” Tracy said.

Tracy’s involvement with T.E.A.C.H. began with her work at Nanna’s & Momma’s where she became a Child Care WAGE$® recipient. At the time, she was her mother’s full-time caregiver, a full-time student, a full-time employee and a full-time mother. She credits her ability to keep up with it all to the WAGE$ supplement.

“The [WAGE$] supplement has allowed me not to have [a second job] and to help me manage all these other different things, as first of all, a wife and mother, and second of all, someone who wants to give back to their community. Without [WAGE$], it wouldn’t have been possible,” said Tracy.

Tracy is as dedicated a teacher as she is a student. Her goal has always been to teach. Teaching “fits my family’s needs,” said Tracy.

Before her time in the classroom, Tracy worked as the assistant director for the Brevard Davidson River Presbyterian Church and was involved with various organizations. Her position helped her form a network of connections that serve as a benefit to her current role as an educator. “I think community resources is my biggest strength—those connections outside of this job and those I made before I got into this current job,” said Tracy. “I know people to call by name at the Social Services office. I would say that’s one of the biggest things for teachers, in general, is being able to know and have a list of those resources and know people by name.”

Tracy attributes her teaching style to her community. “I’ve grown a lot and become a lot more flexible as I understand and continue to try to edge out a living in the community that I’ve worked and raised my kids in and [one that] they would love to come back to,” she said. She also credits her passion for reading, “which has given me an understanding and [ability to find] solutions, or things I can try, and that not all kids are the same.”

“We know everything we need to know before we’re age 5. That’s the point and most people miss that. They think we’re not anything until we’re 5 and go to kindergarten, but every child learns all their coping skills, their ability to receive and give information before the age of 5,” said Tracy.

CCSA Interns and Volunteer Make a Positive Impact During the Pandemic

Don’t let searching for camps stress you out!